Product Level Symptoms – Why is my wireless unwell?

Modern wearables have now applications in a wide range of areas, such as in wireless audio, lifestyle & sports, healthcare, etc. A range of wireless technologies operating at various frequencies can be used in wearable systems, but by far the most common technology used in modern wearable devices is Bluetooth, alongside other wireless technologies operating the 2.4 GHz Industrial, Scientific and Medical (ISM) frequency band such as ANT+ and Wi-Fi.

However, as the popularity of wearable devices with wireless functionality continues to grow, so too does the demand for ever smaller devices, higher data rates, longer communication ranges, lower latency and higher reliability.

Current IoT type applications are increasingly utilising real-time wireless continuous communications in their systems, with delays or dropouts in the link potentially significantly deteriorating user experience in an area where users demand perfection. The best wireless link you can hope for is one which the user doesn’t even know is there and nothing kills brand trust like a dodgy wireless link. These IoT devices are usually battery operated (sometimes with low capacity, low peak current coin cells), further complicating things.

Therefore, wearable device design is extremely challenging under normal conditions but there are a few scenarios where good quality communication links are even more challenging or even impossible using current standard wireless systems:

Wearable device designers are well aware of these challenges and have come up with a number of solutions to try and overcome the problems above. However, as with everything in engineering, there are drawbacks, and these solutions and drawbacks are shown below:

To solve the many challenges of wearable wireless communications there are many options available to device designers but there are drawbacks associated with nearly all options. However, there is one component in a wireless system which, if designed and used correctly, will undoubtedly boost the wireless performance of that device more than any other option:

However, the human body is not a friendly EM environment to antennas and there are many specific challenges in wearable antenna design that must first be overcome. This series of blogs will explain these challenges and how to overcome them.

Our antenna experts are at hand to provide product samples and support with integration. Simply get in touch with details of your requirements and we’ll contact you with recommendations for your product. 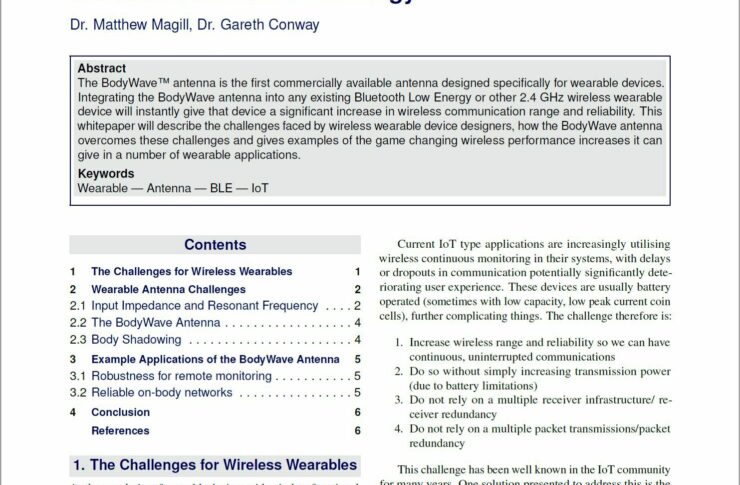 The BodyWave™ Antenna: The Next Generation in Wearable Antenna Technology 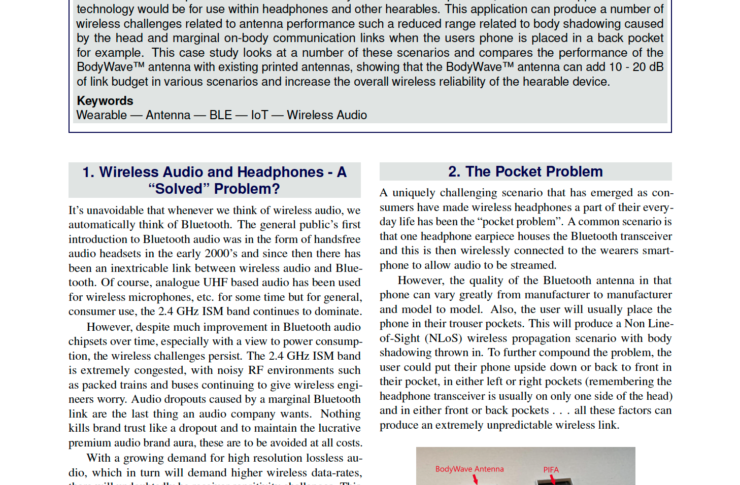 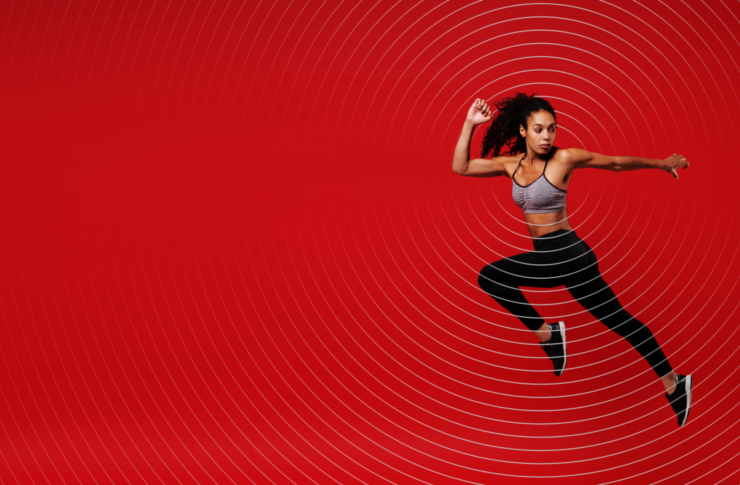 Product Level Symptoms – Why is my wireless unwell?